PLANNING FOR THE MOUNTAIN TOP 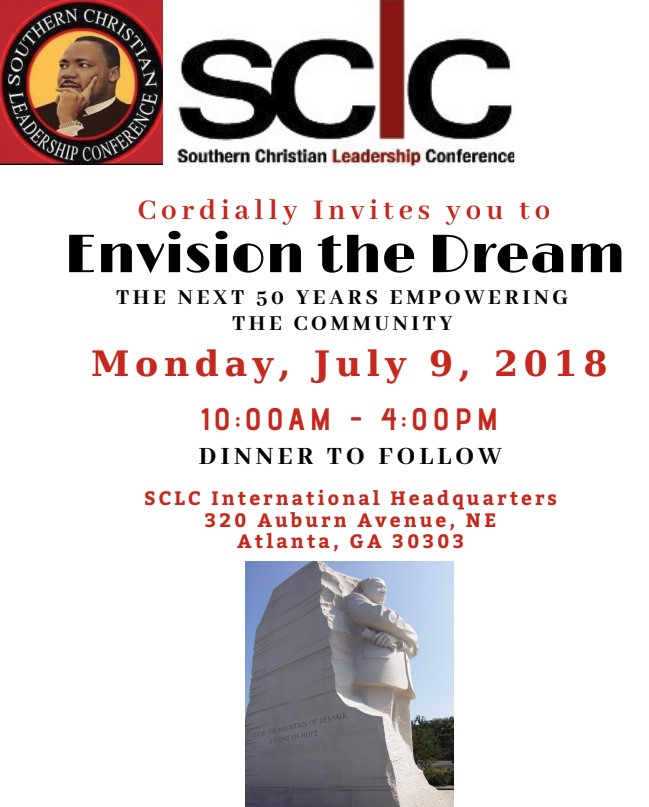 In the aftermath of our 4-5-18 event,  we felt it appropriate to start gathering the elders to discuss the coming changes in the way we expect to approach our children’s education,  and to talk about ways we could use past, present and coming legislation to shift the landscape in blighted communities.

Sometime in June I was introduced with Dr. Charles Steele, President of the Southern Christian Leadership Conference, the civil rights organization started by Dr. Martin Luther King Jr.   Mr Steele let me know that if I was going to bring the right people together,  he would host this meeting at the SCLC Headquarters himself.   So that’s exactly what we did.

We brought leaders together from all over the country and from a cross section of cities.  Cities like Los Angeles, California, Miami, Florida to cities like Tuskeegee, Al and  Washington, Dc and High Point, NC.   Leaders of the present,  Leaders of the Past, and Leaders of the future.  We discussed the current Situation America was in,  and in particular the plight of the disadvantaged communities of America.  We were prepared to begin the process of change and sought to bring the strongest room we could to address our future.

We were even joined by one of the biggest VIP’s in the Black community,  civil rights and government leader Mr. Robert Bob Brown former special assistant to President Richard Nixon.   He was a major factor in the Black Economics Movement that was a part of President Nixon and Ford’s plans to improve the economic state of the Black community in the Late 60’s early 70’s

We discussed the following

Workforce Development for Jobs of the Future

S.T.E.A.M. Education and the opportunities to build better pipelines to success.

Overall the meeting was a success,  we made plans to create a forum whereby we would continue communication and develop more opportunities to continue these efforts.

IT Was all a Dream!

STEAM is an educational approach to learning that uses Science. Technology, Engineering, the Arts and Mathematics as access points for guiding student inquiry, dialogue, and critical thinking. The end results are students who take thoughtful risks, engage in experiential learning, persist in problem-solving, embrace collaboration, and work through the creative process.

IT Was all a Dream!